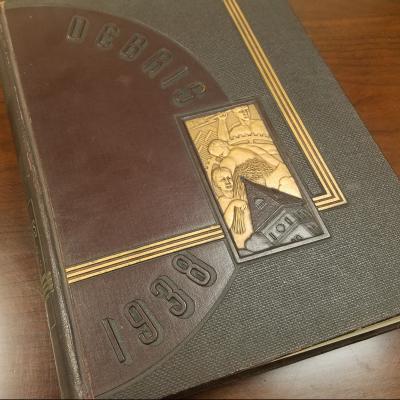 The Entrepreneur-Philanthropist by Deborah Hoover

The Entrepreneur-Philanthropist
by Deborah Hoover

According to a recent article in Chronicle of Philanthropy, entrepreneurs are by a wide margin, the most generous of philanthropists. This information got me thinking about the roots of our own Burt Morgan and his journey to becoming entrepreneur and philanthropist. 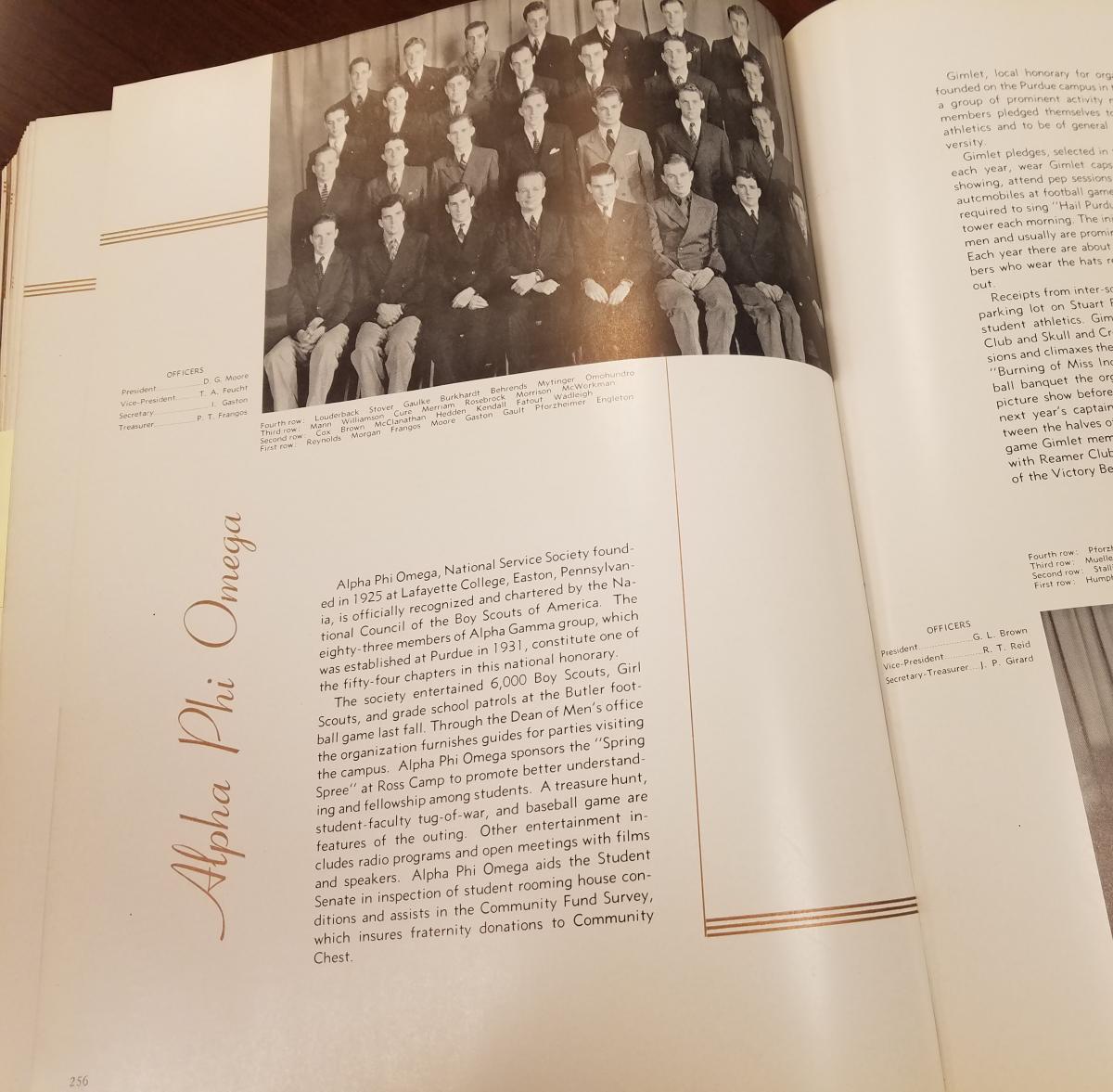 During the summer, we were pretty thrilled to acquire a slightly musty copy of the 1938 Purdue University yearbook entitled “Debris.” Burt Morgan graduated that year with a degree in mechanical engineering. The cover of this tome is adorned with an Art Deco-style relief featuring young men toiling at agricultural and engineering pursuits.

Two things stood out from the pages of this yearbook that shed light on Burt’s world in these formative years. One influenced his path to becoming an engineer-entrepreneur. The other forms a pillar of his philanthropic ambitions.

Gilbert A. Young, head of the School of Mechanical Engineering in 1938, describes the degree Burt earned in these terms:

“Motion and machinery quite accurately outline the field of mechanical engineering....The mechanical engineer is one who adapts new methods to old work, and old methods to new work. He must have the ability to create, to build and develop new devices, to improve tools and shorten processes.”

These basic tenets of innovation and creativity launched Burt’s career first as mechanical engineer and later as an entrepreneur. He was set on a path to examining problems with fresh eyes and building the entrepreneurial mindset

“Through its mission of preparing campus and community leaders through service, Alpha Phi Omega is committed to bringing together college students in a national service fraternity in the fellowship of principles derived from the Scout Oath and of the Law of the Boy Scouts of America; to develop Leadership, to promote Friendship and to provide Service to humanity; and further the freedom that is our national, educational and intellectual heritage. Founded on the Cardinal Principles of Leadership, Friendship and Service. It provides its members the opportunity to develop leadership skills as they volunteer on their campus, in their community, to the nation, and to the organization.”

Undoubtedly, this experience coupled with his Eagle Scout status, influenced the manner in which he shaped his life and went on to become a community leader and generous philanthropist, devoting his fortune to the important missions of two foundations—Peg’s Foundation and Burton D. Morgan Foundation.

These realizations about the experiences of Burt Morgan at Purdue University gave me pause. As we fund entrepreneurship programs on college campuses these days, what will these students take from their early life experiences that will later influence how they shape their careers and community contributions? Will they become innovators and leaders?  What will their (digital) yearbooks say about the elements of their college careers that seeded the entrepreneurial mindset and philanthropic priorities?