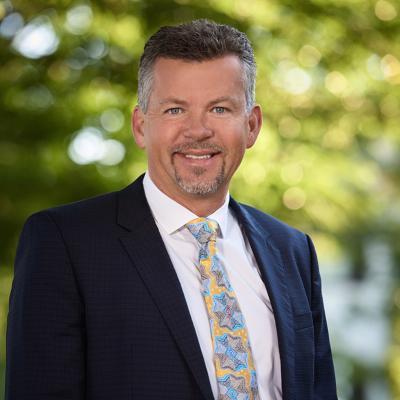 Pat has been a principal in ventures exceeding $4 billion in his 38 years in real estate investment and development, including office, retail, hotel, apartment, self-storage, and industrial projects as Omni.  The hyper focus of the last four years has been exclusively age-targeted active living communities valued at over $1 billion under the brands Vitalia Active Living and The V Living Experience. Currently, the Vitalia portfolio consists of ten new communities at various stages of operations or development with a total of 1,700 units.  Over $86 million in equity capital for these communities was raised through five of Omni’s own Private Equity Funds.

Pat began his career as a college student at The University of Akron while working on a  B.S. degree in Finance.  In order to pay his tuition, he purchased several rental properties which he marketed to students and then supplemented his income working as a bank teller and unloading trucks at a local retail store.  At 18 years old, he was the youngest person ever to receive a stockbroker’s license Series 7 from the U.S. Securities and Exchange Commission.

Pat is a valuable community volunteer.  He is the past chairman of North Coast Community Homes, an organization serving approximately 1,000 people with disabilities, the past chairman of the Young Presidents Organization, an international consortium of large company presidents, and a past president of the National Association of Office and Industrial Properties.  He and his wife Gina (Executive Director of Dog’s Unlimited Rescue) have collectively saved over 2,000 dogs.

A man of many interests, Pat is an active commercial jet airplane and helicopter pilot, scuba diver, snow and water skier, snowboarder, cyclist, boater, and martial artist.  In 2014, he and his 79-year-old father climbed Mount Kilimanjaro, the world’s tallest freestanding mountain.   He is the author of two books.   In “Spinning Into Control”, Pat interviewed and then highlighted survivors of extreme hardships to outline a unique code that helps individuals overcome adversity and achieve their dreams.   “The Chaotic Crow - A Topsy Turvy Flight through Change” is a children’s book inspired by real people who help make up Vitalia and The V Living Experience communities.   His favorite movie is “Saving Private Ryan”, and his favorite book is Dr. Seuss’ “Oh, The Places You’ll Go!”  Pat has two adult sons, Chase and Logan, and resides in Bentleyville, Ohio with his wife Gina and their four dogs.

Pat was elected to the Board of Trustees of Burton D. Morgan Foundation in 2012.