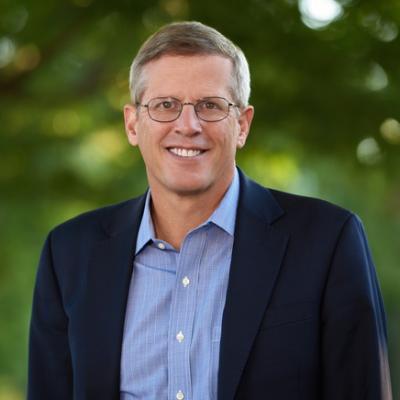 J. Michael Hochschwender has more than 30 years of corporate management and consulting experience. Currently, he is President and CEO of The Smithers Group, a position he has held since 1996. Mr. Hochschwender holds a master’s degree from the Wharton School of Business at the University of Pennsylvania and a bachelor’s degree from Tulane University. He also served five years in the U.S. Navy SEAL Teams, deploying to Southeast Asia and the Middle East.

He is active in local health, civic and educational organizations, currently serving on the boards of the Huntington Bank, Ohio Foundation of Independent Colleges, and The University of Akron Foundation. Previously Michael has served on the boards of the Akron General Medical Center, the Greater Akron Chamber of Commerce, Old Trail School, and The American Council of Independent Laboratories.  Mr. Hochschwender was elected a Trustee of Burton D. Morgan Foundation in 2012.