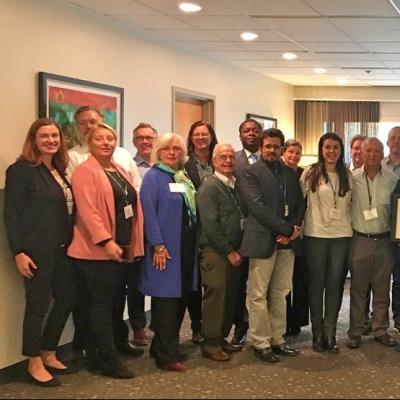 Scaleup Initiatives Create a Culture of Growth in NEO

Scaleup Initiatives Create a Culture of Growth in NEO

Recruitment is underway for Cohort 3 of the Scalerator NEO program, an educational program designed for companies between $5 and $15 million in revenue poised to grow.  Applications are accepted from across the region in wide-ranging industries  from construction to manufacturing to healthcare IT to finance and others. Limited space is still available.

The program is based on a curriculum developed by Babson College's Dan Isenberg, a premier international expert in the scaleup space. Isenberg is founding executive director of the Babson Entrepreneurship Ecosystem Platform and faculty member for Babson Executive Education program.  The selected companies send management teams to seven monthly workshops to work on specific projects related to leveraging  "Cash, Capacity and Culture" for growth.  Graduates of the Scalerator NEO program continue to work with many other scaleup partners in the ecosystem such as MAGNET, JumpStart, Manufacturing Works, EDGE and others.

The first cohort of 16 companies collectively grew over 40% (EBIT). Cohort 2 graduated 14 companies in October 2018 and is on track for similar results. See scaleratorneo.org for more details.

ScaleratorNEO is one way to achieve growth but telling the story of that growth is also important.  On October 17 the Foundation convened a successful workshop, Choose Growth Akron, at the Bounce Innovation Hub which was led by Dan Isenberg and kicked off by Akron's Mayor Horrigan. Over 50 people from Greater Akron attended including representatives from the Greater Akron Chamber, the City of Akron, and Summit County as well as several economic development organizations, higher education institutions, and entrepreneurs. Highlighted at the event was a Choose Growth Akron social media campaign launched by AMP Strategies.

Scaleup work is recognized as a key to the future of the economy not only in the United States but around the globe. Foundation President and CEO Deborah Hoover and Special Initiatives Officer Vikki Broer joined participants from around the globe in October at the 2018 Scaleup Practitioners Summit at Babson College organized by Dan Isenberg.  Attendees hailed from lands far and near, including Panama, Haiti, Colombia, United Kingdom, Denmark, Russia, Brazil, Saudi Arabia and the United States. Participants shared lessons learned, and the high level of regional collaboration in Northeast Ohio was highlighted.