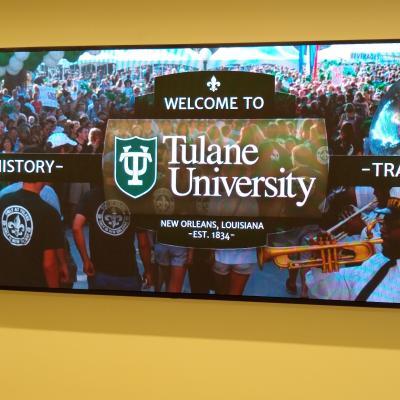 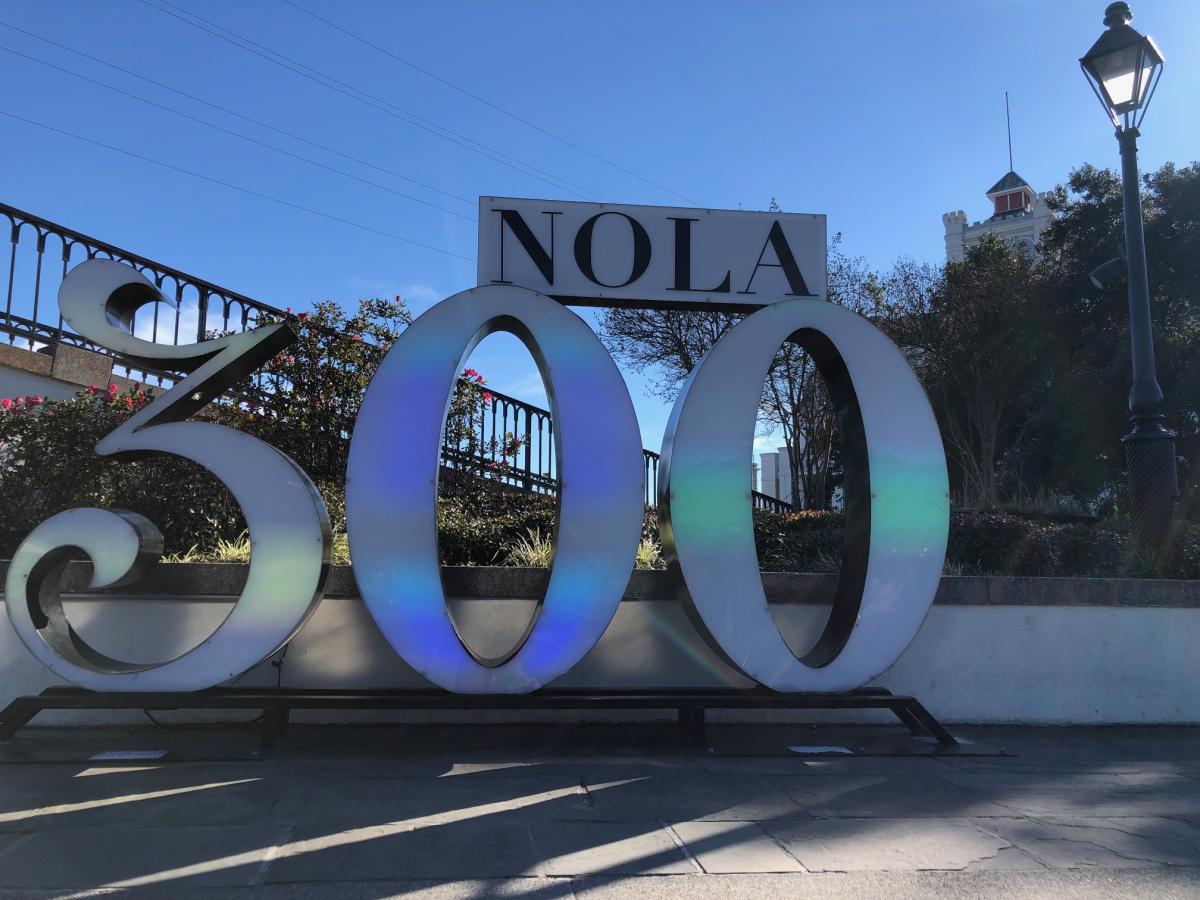 At the end of January, Burton D Morgan Foundation trustees and staff held the Foundation’s winter board meeting in New Orleans. After conducting business on day one, at which the trustees approved $3.5 million in grant funding, the team spent time learning about entrepreneurship on the Tulane University campus and about connections from campus to the larger ecosystem. The trip bolstered the Foundation’s learning agenda and its strategic goal of knowledge sharing expressed through its research arm, the Entrepreneurship Education Experiment.

The connection of Burton D. Morgan Foundation to Tulane University and New Orleans is multifold. Trustee Michael Hochschwender, a Tulane graduate, has generated several special grants to Tulane to initiate the university’s Novel Tech Challenge, a competition open to all undergraduate and graduate students who are developing a technological solution grounded in science and engine 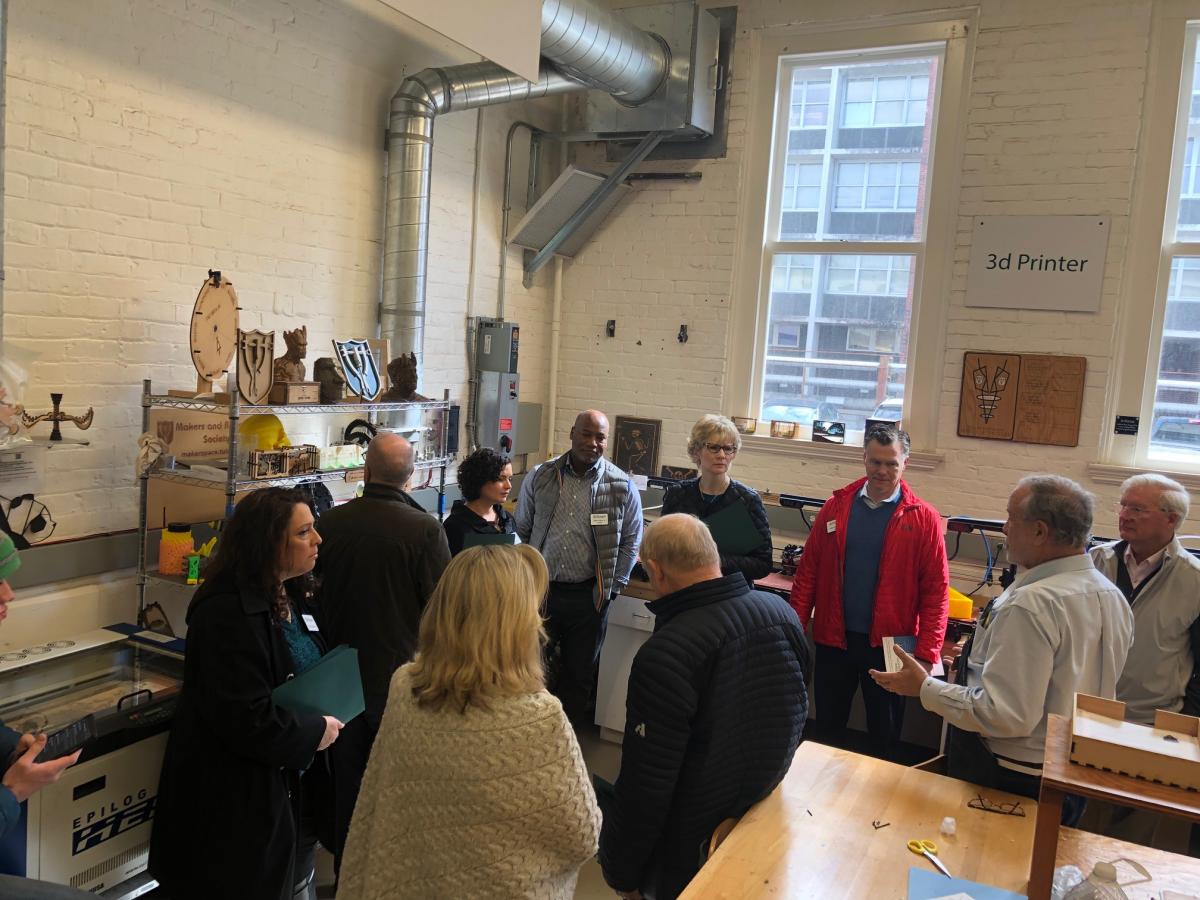 At Tulane, Foundation staff and trustees visited the LePage Center for Entrepreneurship where we learned about the inner workings of the competition. A major goal of Novel Tech Challenge is to help scientists to see that a good idea 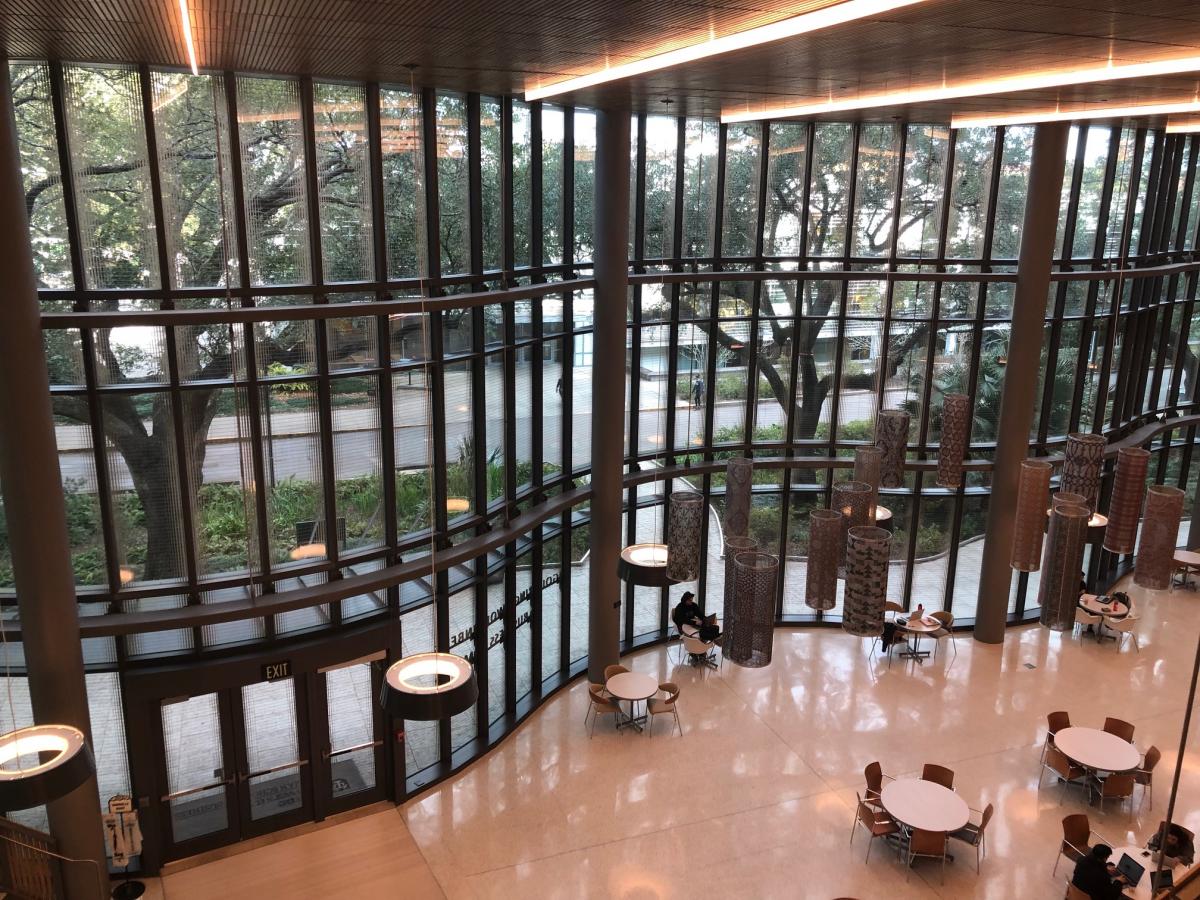 grounded in strong science is not enough—the scientist should be encouraged to evaluate the options for business applications of an idea. The University does not seek to take a percentage of ventures at inception, but rather to share in the upside if and when ventures achieve success. Faculty are permitted to take leave in order to advance a venture. Tulane is developing a well-equipped MakerSpace to bolster scientific exploration. In the afternoon, Foundation representatives visited a Tulane-generated venture, Fluence Analytics, a manufacturer of industrial and laboratory monitoring solutions that produce continuous data streams.  Leadership from this company mentors participants in the Novel Tech Challenge. 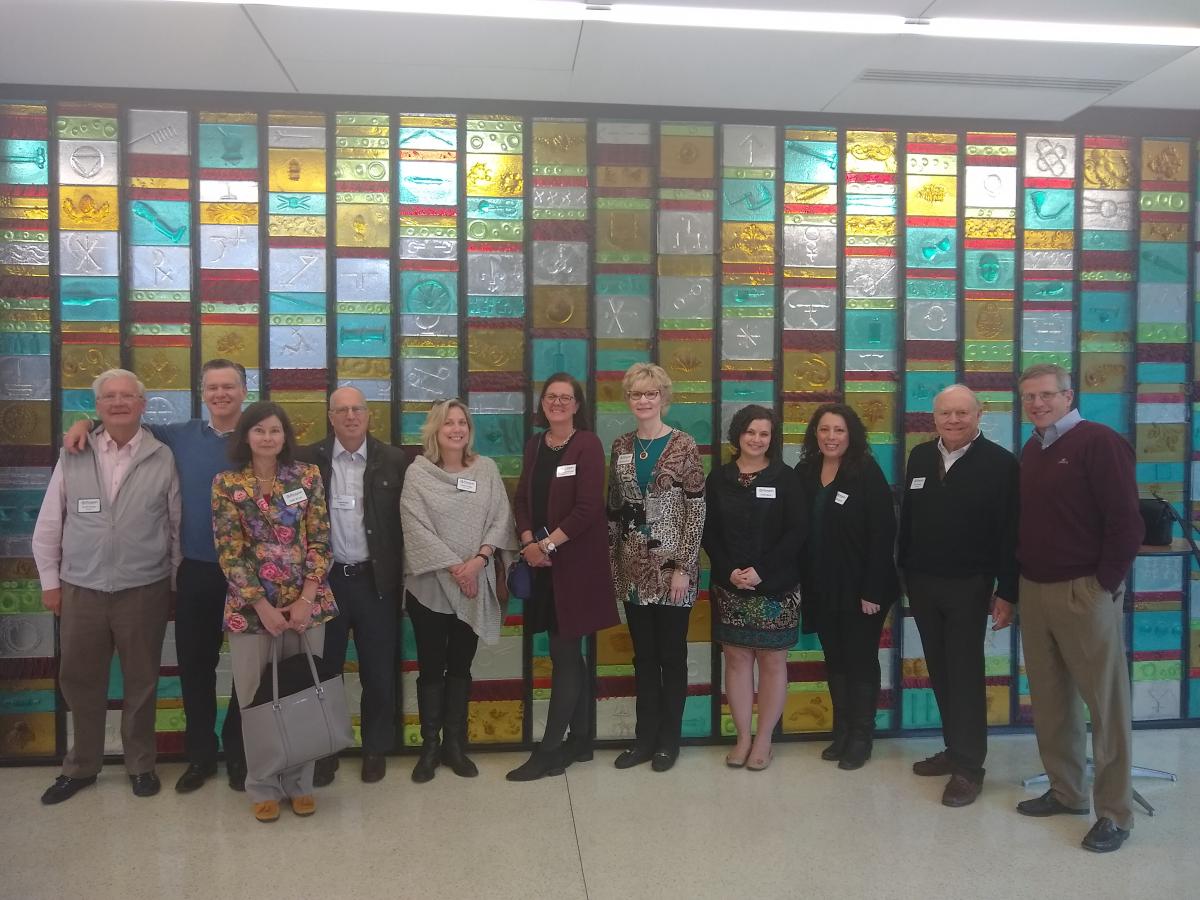 At the New Orleans Bioinnovation Center located in the heart of the medical community, we heard from startups about the ways that Novel Tech mentors are assisting fledgling companies with patent protection, introduction to potential customers, and structural questions. The Center empowers medical startups by helping them “to translate medical jargon into the language of commerce.” The entrance to the Bioinnovation Center greets visitors with a powerful message about the value of interdisciplinary thinking—the Art Wall features jewel-colored interlocking blocks of glass each cast in bas-relief with images representing flora, fauna, alchemy, and other scientific realms. Our New Orleans visit underscored the many reasons the Foundation promotes cross-disciplinary interaction in our Northeast Ohio ecosystem. 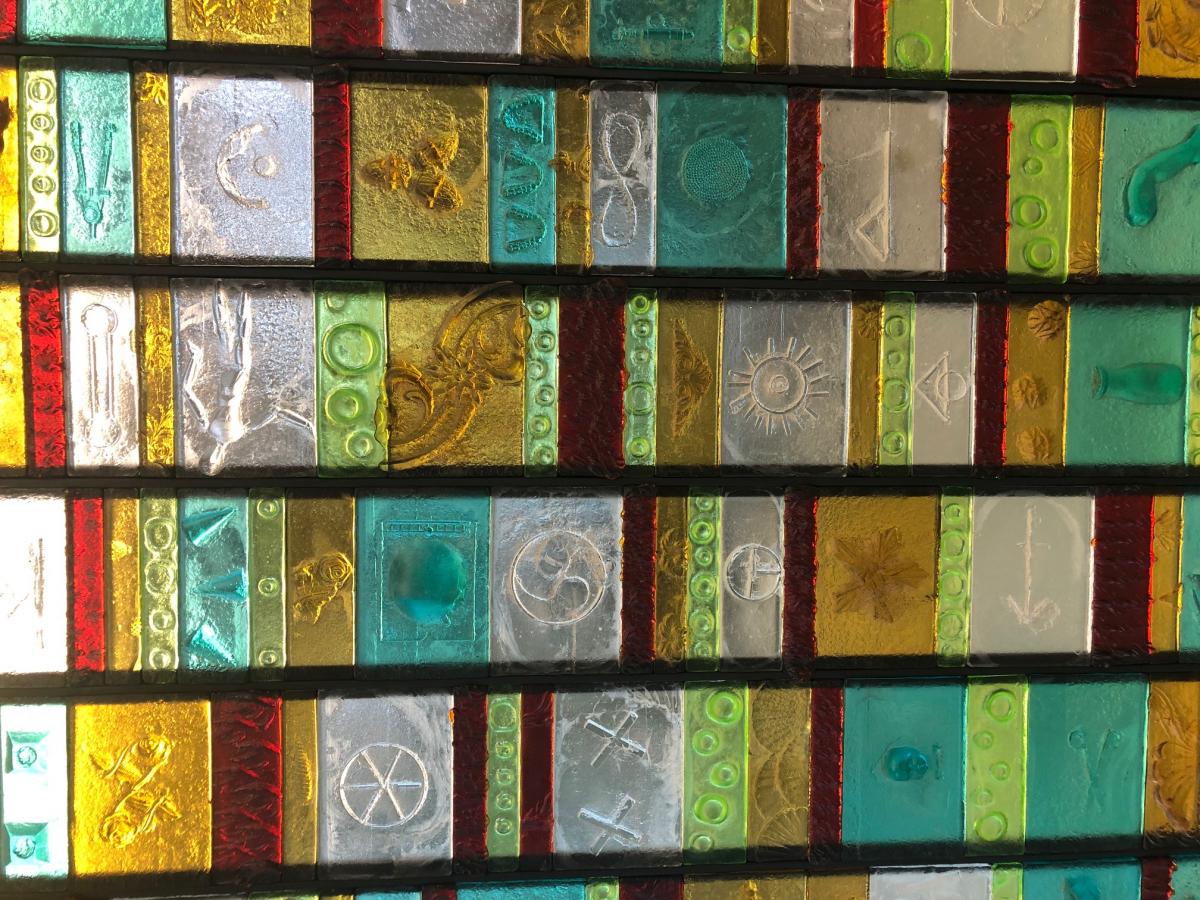 The Foundation initially became interested in the growth of the New Orleans ecosystem through its work with the Forward Cities initiative, a collaboration among Cleveland, New Orleans, Detroit, and Durham from 2014-2016 centered on inclusive innovation to drive the growth of equitable and resilient economies. Through this experience, we explored the role of entrepreneurship in the revitalization of cities, including the City of New Orleans as it recovered from the destructive forces of Hurricane Katrina.

The Foundation made a grant in 2005 to the American Red Cross to provide disaster recovery funding following Hurricane Katrina. On a city tour focused on hurricane recovery efforts, Foundation staff saw the many ways that philanthropy and entrepreneurship have acted in tandem to revive the city’s hard-hit neighborhoods, create a thriving ecosystem, and rebuild the economy.