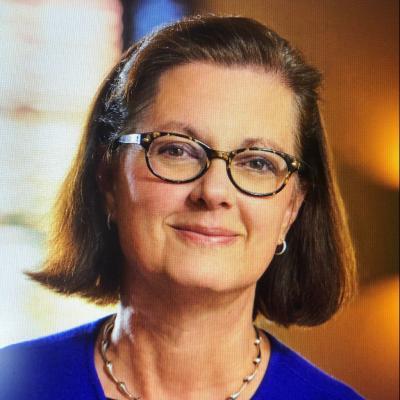 Awards & Experience
Deborah received the Northeast Ohio EY Entrepreneur of the Year Award in 2014 in the Educational Services & Nonprofit category and received the 2015 Foundation Leadership Award from the Association of Fundraising Professionals Greater Cleveland Chapter. She also received the 2016 Deshpande Award for Outstanding Contributions to Advancing Innovation and Entrepreneurship in Higher Education.

Deborah serves as Board Chair of the Bounce Innovation Hub in Akron.  Deborah served from 2013-2015 as Chair of the Fund for Our Economic Future, a philanthropic collaborative created in 2004 to advance the economic competitiveness of Northeast Ohio and she continues to represent the Fund on the Team NEO Board of Directors, serving on the Governance Committee. She serves on the national Board of Candid, the leading source of information about philanthropy worldwide. She serves on the Steering Committee for the annual Deshpande Symposium, and will Co-Chair the Symposium in 2021.  Deborah also serves on the Board of Trustees of the Norman Rockwell Museum in Stockbridge, Massachusetts, and served for many years on the Board of Western Reserve Academy in Hudson.  Deborah was listed in Cleveland Magazine's Power 100 in 2016-19 and in 2020 appears on the new Power 500 List.

Education
Deborah earned a Bachelor of Arts degree from Williams College and a Master of Arts in Art History from the University of Chicago.  She continued graduate studies at George Washington University National Law Center where she earned a Juris Doctor degree and was a member of the Law Review.  She is a member of the bar in the District of Columbia, New Hampshire, and Ohio. Deborah completed the “Governing for Non-Profit Excellence" and the "Performance Measurement for Effective Management of Nonprofit Organizations," executive education programs held at Harvard Business School.  Deborah also holds an honorary Doctor of Humane Letters from Baldwin Wallace University. Deborah earned a master's degree in Cultural History at Kent State University in 2018.